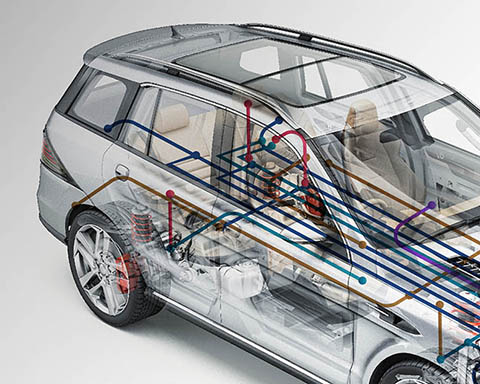 What is an “In-Vehicle Network System”?

Smart cars are now equipped with an assortment of electronic equipment. Each system comes with its own wiring and controllers, such as dashboards, starters, and in-vehicle information devices. The main communication control interface for automotive electronics includes CAN/LIN/FlexRay Bus for controlling the basic functions of automobiles and Car Ethernet for high-speed data transmission. In recent years, the USB transmission interface, which is widely used in computer systems, is also gradually being used in automotive. 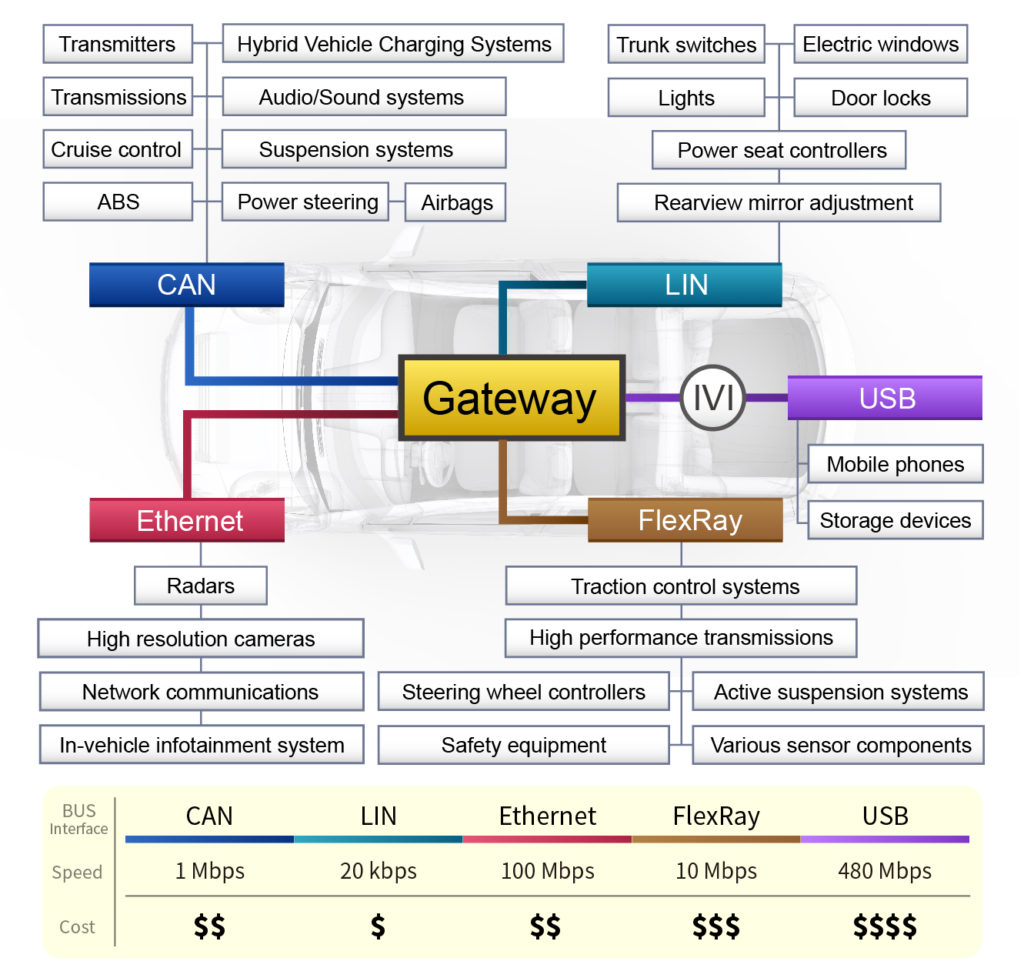 Developed by Bosch in 1983 and standardized in ISO 11898 in 1993, the system adopts a bandwidth from 125 kbps to 1 Mbps and twisted pair; it consists of up to 70 control units (ECU) and is mainly used in engine and engine controllers. The system can also be used in data transfer, transmissions, suspension systems, airbags, ABS, cruise control, power steering, audio systems, batteries and hybrid vehicle charging systems.

Developed by LIN Consortium in 2002, the system adopts a bandwidth from 1bps~20kbps and a single wire, it serves as a basic low-cost multiplex communication standard for automotive network designs. Used for low-performance devices, such as seat controllers, lights, door locks, rear mirror adjustments, trunk switches, and window controls.

Introduced by FlexRay Consortium in 2006 and standardized in ISO 17987, the system adopts a bandwidth of 10Mbps, twisted pair, and uses unshielded twisted pair wire to connect nodes, each of which contains one or two sets of twisted pairs. Most FlexRay nodes have power and ground wires that provide power to the transceivers and microcontrollers. FlexRay is applied to active suspension systems, steering wheel controllers, traction control systems, high-performance transmissions, safety devices, and various sensor components.

With its first version released in 1996 as the USB 1.0 standard, USB 4.0 was released in March 2019 to support Thunderbolt 3 at speeds of up to 40Gbps. The specification requires shielded stranded wires and specific connectors. The universal serial bus (USB) is a serial bus standard. Presently, it is also widely used in car computers. USB on cars is mainly using USB Type-A. The reversible USB Type-C has also been added to the application. Devices that are often connected to USB on cars include storage devices, mobile phones, and entertainment devices. In May 2019, USB-IF released a new specification for automotive USB 2.0 Standard-A cable & connectors.

What are the hidden risks of the complex in-vehicle network system? 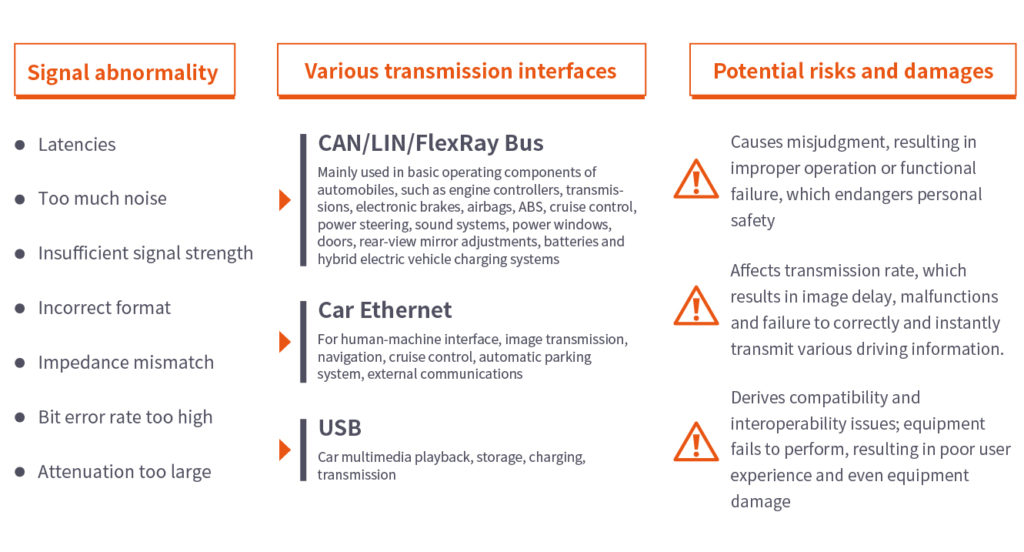 Through years of dedication in the field of testing, Allion has not only been able to carry out verification and validation tests for various standard certifications, but also for various types of electronic products, from single devices to an entire ecosystem. In addition, Allion provides customized application testing and proposes testing improvement solutions. 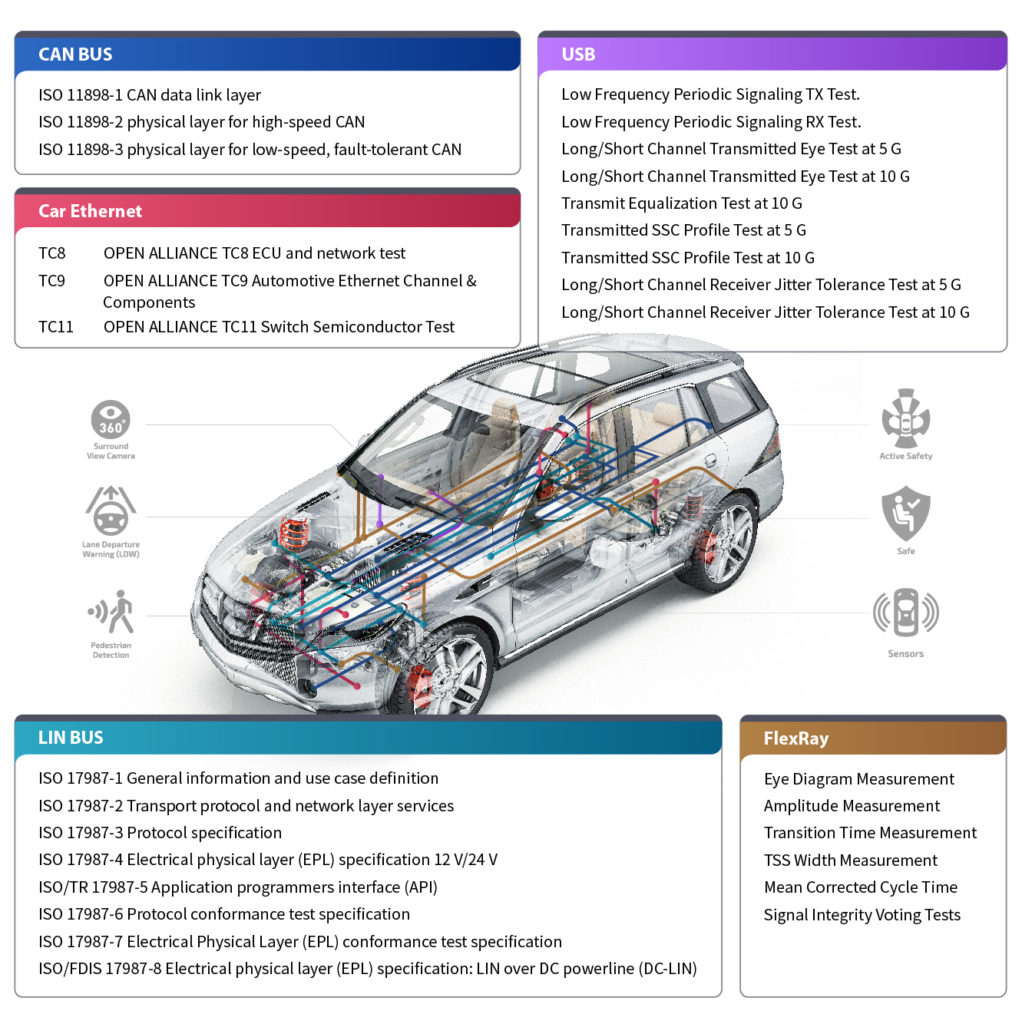