Seeing that the previous two rounds of audio quality testing failed to find any significant differences in performance based on capacitor type, Allion decided to investigate additional testing strategies. After some research, we found that some audio magazines mention a ‘whisper’ or ‘breathing’ sound, which inspired this third round of testing.

In audio quality testing, most researchers use a maximum signal volume of -20 dBFS or -60 dBFS, and a sampling frequency of 1 KHz. However, for this third round of testing, Allion used the settings outlined below:

For this round of testing, we used test instrument Audio Precision APx585 and signal generator SYS-2722 to generate the signal source directly. 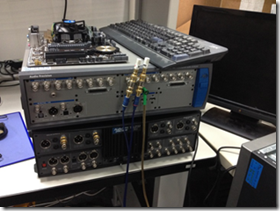 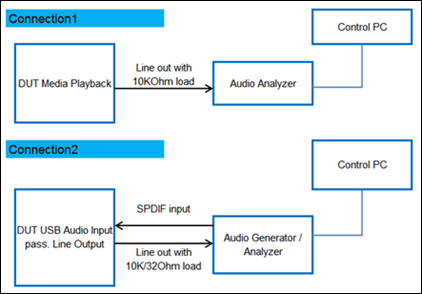 We decided to use a -40 dBFS input signal to simulate the ‘whisper’ or ‘breathing’ sound mentioned in the introduction, despite the fact that this signal is rarely used in audio quality testing. Using both -40 dBFS and -60 dBFS input signals for comparison, we observed the resultant output signal distortion across the full frequency range.

With a -60 dBFS input signal, we observed a 0.5 dB difference between these two capacitor types.

With a -40 dBFS input signal, the solid capacitor had less distortion (-1 dB) than the electrolytic capacitor. This was twice the level of distortion at -60 dBFS, which is a relatively large increase.

Every audible sound affects the listening experience, including noise from the audio device itself. For our final test, we monitored the output electrical potential when powering the system on/off.

The two capacitors showed obvious differences when the system was powered up and down. The electrolytic capacitor type had higher electric potential during both power on and power off. The pop sound curve (shown below) reflects the change in electric potential that we observed. 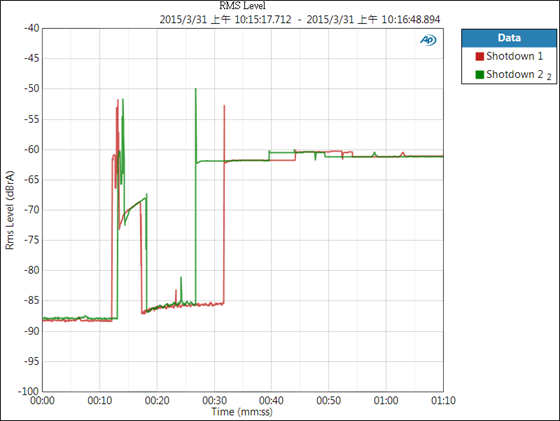 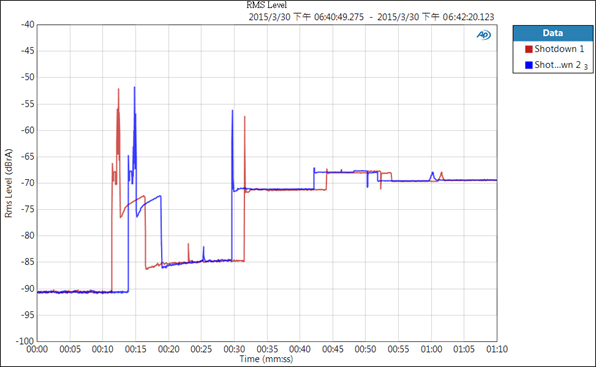 In the circuit model shown below, A and B are the audio output connections. In this circuit, the Low Equivalent Series Resistance (ESR) capacitors are imperative for high power supply efficiency.

Although solid capacitors have low ESR, this did not make much difference in our audio testing. Neither did the fact that the solid capacitors (2 W) were more powerful than the electrolytic capacitors (0.5 W). During testing, we also worried that current leakage might affect audio quality; but we did not observe this problem in our test results. 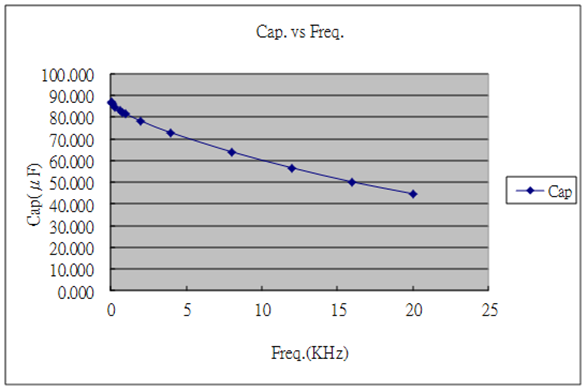 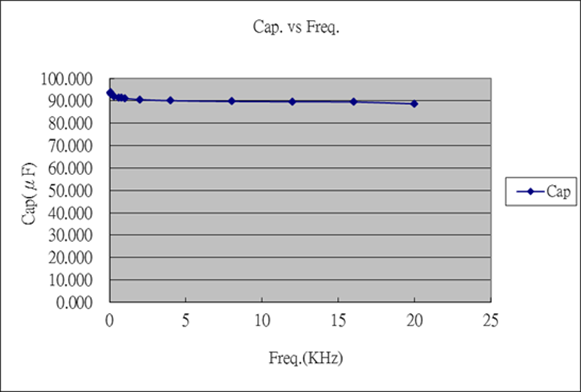 Looking back at all three rounds of testing, we used various methods to compare the audio quality performance of electrolytic and solid capacitors. In the first round, we used the standard audio quality test criteria. We applied a -20 dBFS signal, within the full audible frequency range (20 Hz – 20 KHz) and tested the most common audio sampling rates (44 KHz and 48 KHz); however, the test results for the electrolytic and solid capacitors remained very similar.

In the second round of testing, we used a digital audio source file with a sampling rate of 192 KHz. This source file could (theoretically) reach an audio frequency of 90 KHz, but the test instrument (Audio Precision SYS-2722) restricted us to an upper limit of 80 KHz. Based on this logic, we created a new sweep audio file that could reach an audio frequency of 80 KHz and set the bandwidth to 80 KHz. Despite the expanded audio and sampling frequency ranges, there seemed to be no difference in audio quality between the two capacitor types. 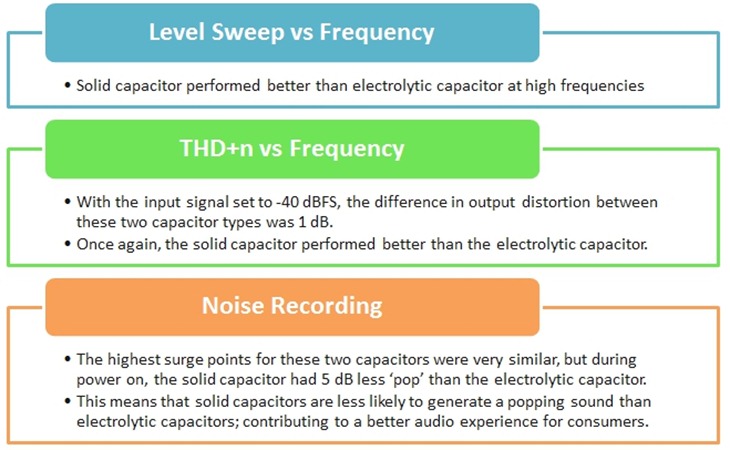 From these test results, we have demonstrated that solid capacitors have slightly better audio performance than electrolytic capacitors at both high and low frequencies. The audio industry usually relies on subjective human judgment to assess audio quality performance. However, in our testing, we used objective techniques to collect measurement data and evaluate the results.

In the future, we promise to continue these audio tests to provide more effective test methods to our clients. If you have any questions or test requirements, please contact us: service@allion.com

Post Views: 981
Technical
Latest technical blog
This site uses cookies. By continuing to browse the site you are agreeing to our use of cookies. OkFind out more here