Alliance for Wireless Power (A4WP) has launched its certification mechanism,“Rezence”, the official brand of wireless power technology in CES 2014. Apart from overcoming the first generation material and distance limitation issues, the optimized magnetic resonant techniques of Rezence empower multiple devices to charge simultaneously within a wider and longer charging distance and also provide more flexibility to increase wireless power scenarios. However, A4WP and PMA (Power Matters Alliance) signed a cooperating memorandum, together working on the development of two charging modes. The news is undoubtedly a bombshell for WPC (Wireless Power Consortium) who has comparative advantage of membership and product numbers in the wireless power market. To get more details of developments of the three dominating wireless power alliances, please refer to the link of Allion Labs technical trend, “Wireless Charging Powers Up Unlimited Future.”

An intensively competitive era comes along with the three dominant competitors arise. Technical theories of the three wireless alliances are originally different. Incompatibility among alliances and products perplexes and limits the consumer market. As to the wireless industry, the issue impedes the developments of both magnetic induction and magnetic resonance; it may lead wireless charging standards into a hydra-headed situation.

The current trend indicates that WPC has the most members and smoothly pushes the schedule to the market. Besides, WPC is undertaking the standards for wireless charging, striding into the potential magnetic induction and magnetic resonance futures. Its aggressive movement inevitably threatens A4WP, the magnetic resonance advocate and PMA, supporting magnetic induction individually. The threat indirectly created the cooperation opportunity between A4WP and PMA, accelerating the technology incompatibility and trying to balance the situation dominated by WPC.

It’s worth mentioning that the standards for wireless charging “Qi,” promoted by WPC, has its limitations of distance, below-5W charging, frequency overlapping with some other applications, easy to interfere with, and the inefficiency and the instability of the whole operation process (Upon this issue, Allion Labs has evaluated the performance of WPC wireless chargers, please refer to the complete report link: The New Era of Unlimited Battery Charging Technology: Allion Wired & Wireless Charging Test & Evaluation Report). On the contrary, through alliances, A4WP and PMA have turned to high frequency channels, taken advantage of Bluetooth 4.0 and Near Field Communication (NFC) techniques, and contributed to the development of multi-mode. In particular, A4WP is the first regulator of magnetic resonance, initiating the standards for wireless charging “Rezence’ while PMA provides the indoor convenience for the users in Starbucks and McDonald’s by widely installing the wireless charging pads. In other words, two alliances take the lead in wireless charging for the end-user market. Based on optimized compatibility of interaction and simplified techniques, A4WP and PMA signed up the preliminary cooperating agreement to create a win-win situation for the industry.

– PMA will adopt “Rezence,” A4WP’s technique of magnetic resonance to the transmitter and receiver no matter if they are single mode or multi-modes.

– A4WP and PMA aim to manage the whole wireless charging service by co-working on research and development of open network API. 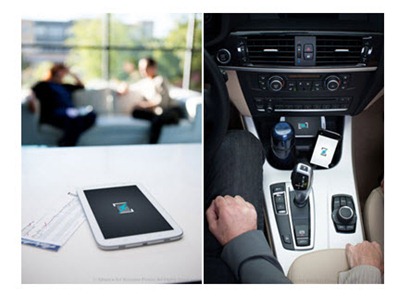 None the less, the corporation of two parties may not guarantee uniform techniques and standard specifications. To some extent, the techniques of magnetic induction differentiate from that of magnetic resonance. The frequency issue is the first consideration. A4WP operates on high frequency channel, 6.78 MHz and plans to establish 13.56 MHz multiple frequency. The frequency channel used by PMA is from 200 to 400 kHz. It is obviously difficult to converge the two different frequency channels. Secondly, the principle of magnetic resonance applied by A4WP should work at certain distance; however, the practical and the longest distance is 10 cm which is no significant differentiation from the magnetic induction. The technology still remains to be seen.

The reputation and capability of testing and validation solutions prompted Allion Labs to be invited by A4WP to the plugfest event. Through the event, Allion Labs provided critical issues by exchanging different point of views with A4WP and participating companies. These issues are not only helpful information but potential risks for the developers. Any protection mechanism for safety issues, for instance, extra object detecting, temperature and weight should be taken into consideration. Since A4WP intends to manage power with the combination of the advanced technology of magnetic resonant charging and Bluetooth, it is expected to open a new page in the future. When several portable devices are charging in the same area, the portable devices could connect the transmitter of the charger through Bluetooth. Once one device is full-charged, the transmitter could stop power supply through Bluetooth and distribute power for the other devices. This way could upgrade power management efficiency of TX.

It seems like the right time for A4WP to promote its standards for wireless charging, “Rezence.” As we know, communication protocol issues exist between Rezence and Bluetooth connections. Developers might seek assistances to improve its quality and efficiency from a professional certification lab in the future. Concerning WPC, except for its Europe and America market, WPC has a possibility to win the ticket in Asia due to the favors of Japanese companies. A4WP should be aware of the changeable market. As an expert of wireless charging testing and authorized Bluetooth Qualification Test Facility (BQTF), Allion Labs will keep focusing on the market dynamics and the latest related news.

Post Views: 561
Technical
Latest technical blog
This site uses cookies. By continuing to browse the site you are agreeing to our use of cookies. OkFind out more here