HDR for a Brighter Tomorrow

“In 2010, in fall, at sunset, we came to the Blue Mosque in Istanbul. The sky was slightly dark. The evening sky was decorated with projection lamps. It’s so magnificent. When we saw a flock of birds flying around the domes of buildings, my friends and I took out our camera to capture the beautiful scene of the moment. However, no matter how we adjusted the camera or took pictures from different perspectives, the picture always seemed unnatural and was unable to simulate the image that human eyes perceived” (Fig. 1). 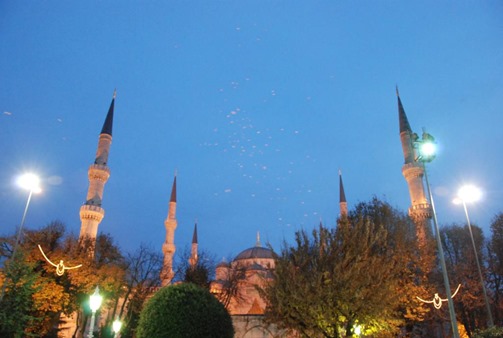 Fig. 1: Birds flying over the sky of the Blue Mosque in Istanbul, 2010

The above description is a travel review written by Rick Li, Senior Technical Manager of Allion Labs, Inc. We believe that our readers have experienced similar situations. In addition to photos, there are also big differences between the images on TV and real life. For example, in low lighting conditions, the screen is too dark, while in bright lighting, it is too white. Why does this difference occur?

The charge coupled device (CCD) and display have evolved and improved over time. However, dynamic contrast is still limited by available technology. In comparison, the human eye can perceive more contrast. Our eyes can see lighter, darker, and obvious contrasts between the lightest and darkest parts of our field of view (i.e., dynamic range). To reproduce images that better represent what our eyes observe in the real world, audio-visual equipment manufacturers have set the goal of capturing pictures with higher dynamic range. High Dynamic Range (HDR) represents a new pinnacle in display technology.

The two figures at the bottom of the page illustrate the difference that HDR technology can make. The first figure illustrates the loss of image quality for Standard Dynamic Range (SDR) content production (Fig. 3). The picture on the left side of this figure represents the im

age that human eyes perceive. You can see that there is a large contrast between the dark background and the bright bus headlights. When the image is captured, there is an immediate reduction in image quality. Subsequent image processing and distribution further degrades dynamic range. At the end of this process, the picture on the right represents what the viewer sees on their display device. In this image, the background is dark gray, rather than black, and the bus headlights are not as bright as before.

The second figure shows the loss of image quality for High Dynamic Range (HDR) content production (Fig. 4). The picture on the left side is the same as in Fig. 3, representing (once again) the image that human eyes perceive. When captured, image quality is reduced slightly, but unlike SDR images, subsequent image processing and distribution does not significantly degrade image quality. You can see that the final dynamic range is much larger than in Fig. 3. Looking at the picture on the right of Fig. 4, you can see that the background remains dark, while the bus headlights are bright. In summary, the contrast between light and dark is much closer to reality with HDR images.

At this point, someone may ask, “I recently bought the most popular 4K TV on the market. Can I see pictures with the above quality on my 4K TV?” The answer is “not necessarily”. First, the source images must be captured, processed, and distributed using HDR technology. Additionally, the latest generation of Blu-ray player and 4K TVs are required to display HDR images. The implication is that from recording, post-production, mastering, publishing, and decoding to display, every link in the chain must apply HDR imaging technology.

The HDR ecosystem is currently growing incrementally. Manufacturers, wholesalers, and dealers of have each developed their own technology and registered their respective trademarks. Manufacturers are mainly dedicated to the Vision (Dolby Vision™), which includes HDR technology. Blu-ray manufacturers are promoting high-resolution ULTRA HD Blu-ray players that support HDR. Meanwhile, display manufacturers have set standards for a new generation of super-high quality displays, ULTRA HD PREMIUM. The whole supply chain is advancing together in a united front to achieve this big leap forward in image quality.

Dolby Vision technology is currently used by many manufacturers. The ideal specification of brightness is set between 0.0001 nits and 10,000 nits (see Fig. 5: Dolby Vision Technology). The feasible range of HDR films is between 0.005 and 5,000 nits (Dolby Vision Mastering Display Series). In practice, the image quality of HDR recorded films is very close to feasible techniques and can preserve the dynamic range from 0.005 nits to 4,000 nits (2016 Dolby Vision Enabled TV series). Compared to standard film (0.05~100 nits), dynamic range is increased by a factor of four hundred (400x). This helps film manufacturers protect their intellectual property. If consumers want to see films with the best image quality, they must buy legal copies.

The Blu-ray Disc Association (BDA) is promoting next-generation ULTRA HD Blu-ray discs and players that include HDR technology. As shown in Fig. 5, HDR technology increases maximum image brightness to between 1,000~10,000 nits, depending on the underlying Dolby Vision standards applied. 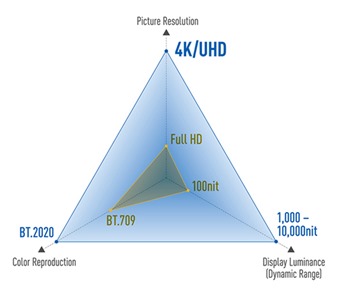 Driven by the evolution of signal origins, the HDR development of displayers is not inferior in any respect. UHDA was founded in 2015 to establish a new industry standard for 4K resolution displays for premium image quality with HDR technology. This new display standard is called ULTRA HD PREMIUM. 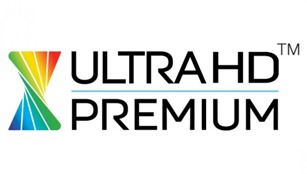 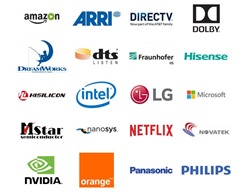 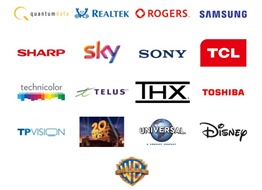 The star-studded UHD Alliance is poised to become the leading facilitator of home-entertainment technology convergence. The organization sets display standards for image resolution, color field, bit rate, brightness, and darkness to ensure that consumers have the best experience when watching 4K content.

The basic specifications for ULTRA HD PREMIUM display certification are summarized below:

What Can We Do For You?

Over the years, display standards have progressed from FULL HD (1080p) to ULTRA HD (4K) and now to ULTRA HD PREMIUM. ULTRA HD Blu-ray discs and brand-named 4K displays are now available to consumers. Some streaming video providers also offer compatible content. As a result, ensuring the optimal display of HDR content on existing (and future) home entertainment equipment is not a trivial problem.

Senior Technical Manager Rick Li of Allion classifies compatibility problems into two categories. The first category of problems involve the integration of new equipment into existing home entertainment systems, e.g. “Can a 4K TV with HDMI 2.0(a), HDCP 2.2, and HDR interoperate with an older Blu-ray player that only supports HDMI 1.4 and HDCP 1.4?” The second category of problems involve compatibility between new components: e.g. “Can products that support Dolby Vision, ULTRA HD Blu-ray, and Ultra HD Premium work together?” See Fig. 9, which illustrates this situation. Compatibility testing is necessary to ensure that hardware and software supplied by different brands can interoperate to deliver superior entertainment experiences for end users. 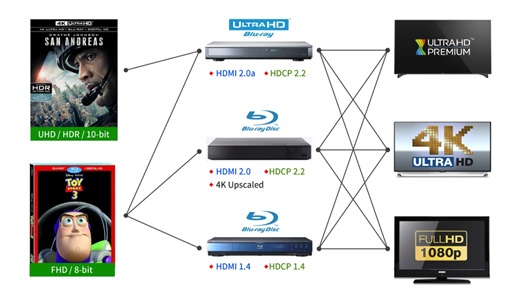 Through advances like High Dynamic Range and other audio-visual technologies, we expect that in the near future we can revise the description in the first paragraph as follows, “In 20XX, in fall, at sunset, we came to the Blue Mosque in Istanbul. The sky was slightly dark. The dark blue sky was decorated with projection lamps. It’s magnificent. When we saw a flock of birds flying around the domes of buildings, my friends and I took out our camera to capture the beautiful scene of the moment. The picture we captured was so close to the real image that we were amazed. It was so clear and distinct.”

Post Views: 843
Technical
Latest technical blog
This site uses cookies. By continuing to browse the site you are agreeing to our use of cookies. OkFind out more here