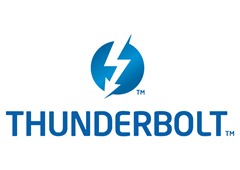 Intel announced the initial Thunderbolt technology which was the so-called “Light Peak” at the 2009 Intel Developer Forum; however, the Thunderbolt technology was commercially and greatly introduced on Apple’s MacBook Pro series in 2011. In fact, the Thunderbolt technology had not completely hit the market before because of its system specification, cable costs and the lack of relevant peripheral product development support. In 2013; based on the concept of Intel’s Ultrabook, the PC end products have been gradually developed with the thin system design and the growth of multimedia video/audio transmission requirements.

When all the stars are aligned for Thunderbolt technology which has the high-speed transmission feature, it ultimately not only provides more possibilities on innovative industry design, but also improves its market share and business model in the late 2013. Notably, Intel has announced plans for the next Thunderbolt 2 technology recently. Doubling the bandwidth to run at 20 Gbps, Thunderbolt 2 technology enables simultaneous 4K video file transfer and display for video and data capability. All of these are made possible with full backward compatibility to the same cables, storages, displays and connectors used with today’s Thunderbolt.

Form a technical perspective, the Thunderbolt technology can not only transmit high-definition display and data, but also makes the breakthrough of PCIe interface from internal bus to external usage. This means a variety of devices on the PCIe interface can be also used in accordance with Thunderbolt technology to improve multiple devices’ interconnectivity and interoperability, and to provide flexibility and simplicity for thin system designs. In other words, the Thunderbolt technology can integrate all image processor, memory, display and other peripheral applications into one single interface, and replace the existing buses such as DVI, SATA, USB or HDMI to become one single bus for supporting PC’s or laptop’s external connection. At this moment, the relevant Thunderbolt Certification has become more and more important and necessary. Thus, as the officially authorized certification test laboratory for PCs and laptops with Thunderbolt ports, Allion can provide the vendors with the compliance program and professional consulting service, ensuring that the relevant products will meet Thunderbolt Certification specification requirements and obtain the logo usage in the most efficient way.

More and more Microsoft OSx86 host devices, computers, monitors and laptops have been provided Thunderbolt technology with the integration of related systems support, chip modules and peripheral applications. Thunderbolt technology has gradually become the revolutionary I/O and hardware interface with its high-scalability and high-bandwidth. With the features of 10 Gbps Bi-directional/Dual channel (current Thunderbolt 1 version), Thunderbolt technology significantly combines native PCIe and DisplayPort connection into one serial signal cable to transfer data and high-definition video. Before the end of this year, the Thunderbolt 2 with 20 Gbps will enable video streaming to a single 4K video monitor. The result is a great win-win expectation for the whole industry on the cusp of widespread adoption of 4K video technologies.

Besides, with the features of Daisy-chained multiple devices, Electrical or optical cables, Low latency with highly accurate time synchronization and so on, one single Thunderbolt cable can simultaneously support external Thunderbolt interfaces, devices and video expansion. Thus, the related vendors are able to achieve new PC models and configurations to various peripherals connected by one interface through various topologies. Up to 6 Thunderbolt devices such as storage or display can be connected to single Host Thunderbolt port to enhance the expansion of different user scenarios.

Since the related Thunderbolt platforms, devices and costs have been progressively introduced into Thunderbolt technology development and application design, the vendors should go through with Intel’s Thunderbolt Certification which is a rigorous process to ensure an optimal performance and user experience. Based on Intel’s policy, the Thunderbolt devices are certified to be compatible with specific operating systems and connected devices in order to enter the market. Thus, the goal of Thunderbolt Certification is to assist vendors in certifying, verifying and ensuring the Thunderbolt-certified devices can meet the compliance and performance validation of the specification launched by Intel, and function properly with specific operating system to better the high-speed transmission with high compatibility.

Post Views: 747
Technical
Latest technical blog
This site uses cookies. By continuing to browse the site you are agreeing to our use of cookies. OkFind out more here