On August 4th 2016, Allion Labs was officially recognized by MCPC ( Mobile Computing Promotion Consortium ) as the First and only ATL to provide mobile device MCPC Certification. ( Certification Details ) Actually efforts from Allion & MCPC have spent 2 years planning & organizing this important Certification program. Ever since the start of the program, Allion has worked closely with MCPC’s mobile device charging working group to set and plan the mobile device safety testing criteria and overall operation. We would also like to take this opportunity during the initial stages of the certification program to invite and interview some of the key promoters & facilitators of mobile device charging safety. Mr. Masahiro Hataguchi who is the Head Secretary & Chief of Internal Affairs for MCPC, also Chief Technical Commissar Mr. Kenji Oguma and finally CEO of Allion Labs ( Japan ) Mr. Hideaki Nakayama. Together they will share with us the facilitation & promotion of mobile device charging safety in the future.

Mr. Nakayama: We would like to thank for MCPC in the organization and planning of the Mobile Device Charging Certification.

Mr. Hataguchi : For MCPC’s part it is the most ideal outcome to work from the start of the test item planning of this Certification and I would like to take this opportunity to thank Allion for this cooperation. 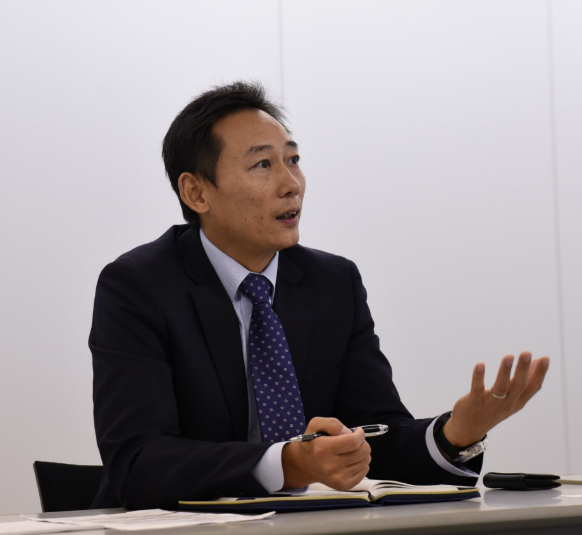 Mr. Nakayama: We should be the ones thanking you. Could you share with us the story behind this important strategic decision for mobile device charging?

Mr. Hataguchi: The NCAC ( National Consumer Affairs Center of Japan ) published a report regarding incidences that accrued during Smartphone charging; Thus, when Telecommunication providers came to us and asked for the possibility of setting up a standard, we at MCPC felt that it was also in the publics best interest to do so.

Mr. Oguma: There were several instances involving the shape distortion of the connector while cell phones were charging. Now with the mass adoption and global use of USB Micro-B, charging terminal has become smaller & more complex; hence, “Soft Short-Circuits” have become highly possible.

Mr. Nakayama: I understand. USB-IF has also recently released a power delivery related standard & the USB Type-C connector which works on both sides. USB Type-C has been widely adopted as a norm both by consumers & industry. I believe the demand for USB related power delivery safety certifications would also grow.

Mr. Nakayama: The memory of exploding phones is still fresh! (NEWS) This is the living example of Quick charge products continually be released without proper product testing prior to the product release, causing unthinkable hazards and exposure to the consumer.

Mr. Oguma: Regarding to the scope of the certification, we started by assuming the incidents that may occur during consumers usage and formulated related criteria’s for testing. Although now we focus on the prevention of Soft Short-Circuits; however, with the increase of different connectors such as USB Type-C dongles, our methods to tackle the issues would also have to change, according to the new challenges we face.

Mr. Nakayama: Mobile devices safety certification focuses on countermeasures to deal with Soft Short-Circuits, could you share with us more about this topic and explain to us the scenario regarding “Soft Short-Circuits”?

Mr. Oguma: Normally two independent circuits (ex: positive & negative side of a battery) are prone to short circuit or spark when an unexpected connection occurs. On the contrary “Soft Short-Circuits” means something which occurs spontaneously between short circuiting and normal modes. 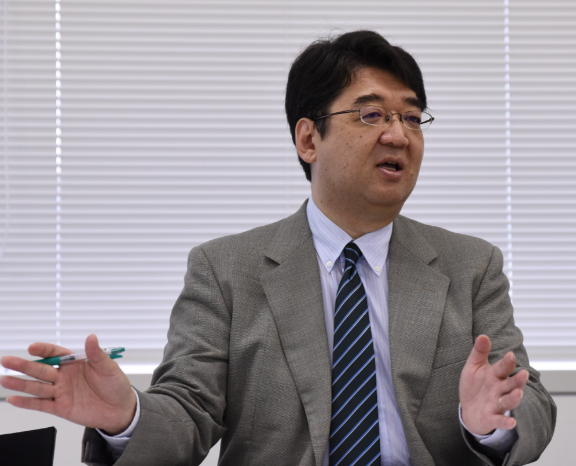 This scenario is not easy to spot via the naked eye. For example, when you accidentally spill coffee on to a power supply connector and hastily try to clean the liquid from the surface of the charger to prevent it from seeping into the casing. Although you may have drained the liquid from the surface, yet the coffee moisture and residue ( stain ) has solidified and remains on the connector; thus, resulting in a Soft Short-Circuit. Even if we tried to evaluate the reason for this event, the user probably would not recall this incident regarding the coffee. This in turn poses an ever more challenging situation for charger providers.

Mr. Nakayama: Could you provide us with some more examples that the user may experience besides spilling coffee! For instance, when connectors are placed in bags they may accumulate dust; maybe even when women place their phones on the dresser to charge their devices, dust or powder from their makeup may land on the connector.

Mr. Oguma: Yes, of course! I assume many of us charge our devices during our sleep, then using them immediately when we wake up and in turn after removing the connector from the device we often just leave the charger cable plugged into the socket; resulting in the power continually being supplied. Thus, when electrically charged dust or particles land on the connector a Soft Short-Circuit occurs. Also when power is continually delivered to the charging terminal unseen by the naked eye, heat would also be generated or worst sparks would sparse from the connector. So if you keep pets in your home, be weary of their fur.

Mr. Nakayama: Now I understand the reason why you included Soft Short-Circuit into the main test category.

Mr. Oguma: Yes, in all the possible incidences command of the larger issues are vital. Hence, allowing for the total control of the situation. Also the problem of Soft Short-Circuits can be countered through the design of the device.

Through this category of certification, we can expand and educate the importance of design safety. I believe through our gradual implementation we can progress and reduce the possibility of future incidences.

─ What Challenges Were Faced When Setting Standard Test Criteria

Mr. Nakayama: During the formulation of the mobile device safety certification, there were many trail and errors; however, after our combined efforts we succeeded. 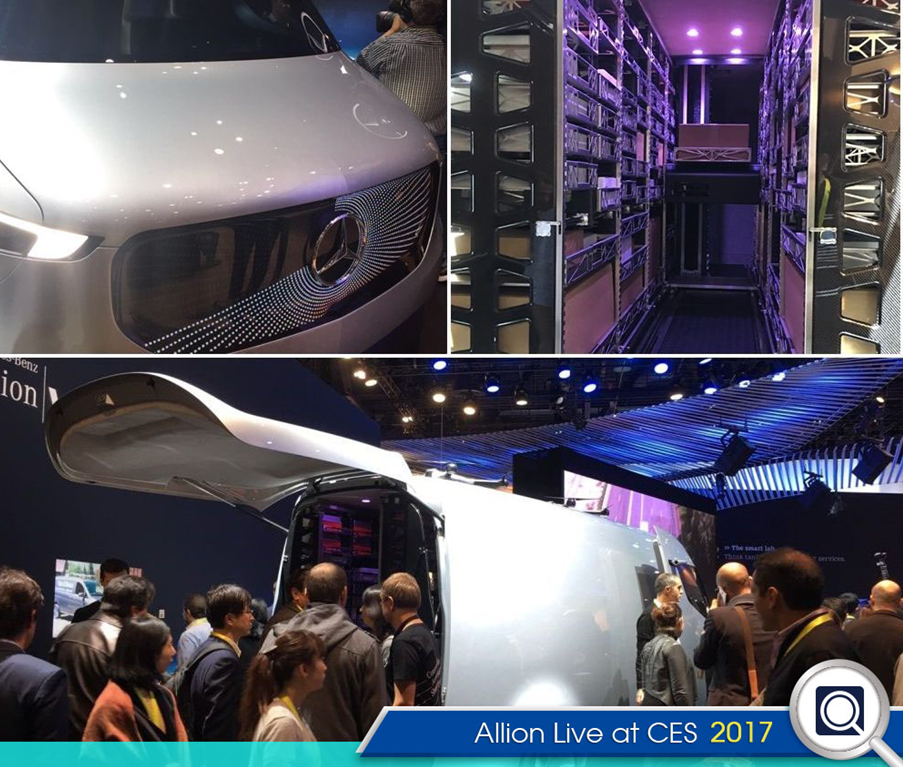 Mr. Oguma: Yes, in our document relating to Soft Short-Circuits countermeasures, there are details regarding technical specification on how to take an impartial perspective. These and other key perspectives are all written in detail. Also which testing criteria’s testing labs are required to fulfill, all the above had been suggested by Allion.

Mr. Nakayama: Allion has extensive testing and certification experience in HDMI, Wi-Fi, etc. Also Allion has encountered numerous scenarios which can be utilized into our discussion. When planning our certification, we took extra care on testing costs and test replication.

Mr. Oguma: During certification complexity and budget control are extremely important. Technically, if the examination is detailed then the overall inclusiveness would be great; however the cost would rocket. Likewise if the price is reduced the quality of the testing would be reduced significantly so leveraging the right balance is extremely important.

Mr. Nakayama: True. If we have a large test spectrum then we would be obligated to maintain millions of dollars’ worth of equipment, also the replication of certain test criteria’s are not easy to execute; if these and other issues are not managed correctly, the credibility of the certification would be questioned. In other words minimizing the test criteria, controlling the budget and guaranteeing the test reliability are 2 of the major issues we need to deal with.

Mr. Oguma: The price of a charger unit costs around a few hundred Yen, if the certification price is too high, the willingness for testing decreases. Therefore Allion has spent great effort to design a reasonable and effective testing method.

Mr. Nakayama: Safety certification of mobile devices for us is a keystone for us and part of our SRI ( socially responsible industry ). If we are able to reduce the price to a reasonable range, which in turn would be acceptable to our clients, is where we are headed.

Mr. Oguma: In order to promote and enhance the public awareness for certification, MCPC would be holding numerous PR campaigns; we are also actively seeking collaboration with other organizations.

Mr. Nakayama: Regarding to this certification standard, there are many aspects that imply an in depth meaning relating to its Japanese origin. 2 years ago Allion established its cable connector testing center, after which many Japanese and clients from other countries came to us for this certification. Allion has many locations around the world, through this network we are able to promote a safety standard which originated from Japan to all corners of the world. Allion will actively participate in various exhibitions around the world. Together with MCPC we will bring this standard which originated from Japan to the world.

Mr. Hataguchi: MCPC has also participated in numerous international events and we have been cooperating with IEEE, also we have a great relationship with KOTRA. We also hope to cooperate and promote this certification through related Associations.

Mr. Nakayama: The three major telecommunications providers in Japan ( Docomo, AU, Softbank ) have also been actively promoting safety certifications. Allion’s current plan is also to promote this policy alongside with other related parties to bring in a closer relationship with industry providers.

Mr. Hataguchi: Take an example from the car industry. Recently USB interface on cars are now used for charging mobile phones a lot!

Mr. Nakayama: If we are talking about the Automobile Industry then JASPAR ( Japan Automotive Software Platform and Architecture ) should be the most concerned. In the JASPAR committee there are many members with these needs, as a third party testing lab Allion has always been involved in committee events. The Automobile Industry has also realized the importance of mobile phone interconnectivity, so from this we can realize the importance and possibility of promoting this to the industry.

Mr. Oguma: Many respected parties have contacted the MCPC team, if JASPAR would provide assistance then it would be beneficial for its promotion.

Mr. Nakayama: The Automobile Industry cares and values the lives of its users. For example the braking and electrical systems all play a vital role in keeping passengers safe. When lives are involved, the quality of the products plays a key role. That is why charging safety is considered as the same category with the above, for Automobile manufacturers this should be considered as a mandatory inspection item.

Also, by taking this first step in charging safety, maybe it would be possible to set up a unified standard for all providers to cooperate with in the future.

Mr. Oguma: Talking about mobile phone batteries, CIAJ ( Communications and Information network Association of Japan ) is also doing something similar, promoting certifications with other parties is another way. If the MCPC can formulate a framework, it would be easier and practical to promote this certification. 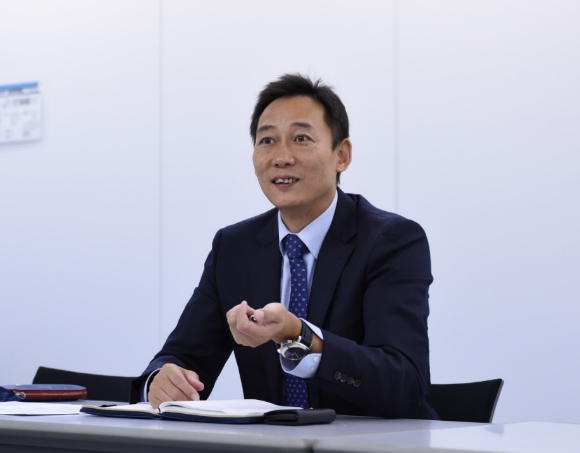 Mr. Nakayama: Allion is a testing lab, our logo certifications include USB, HDMI, Wi-Fi, Bluetooth®, FeliCa, etc. If you include MCPC certification, I believe we can provide a complete testing scope for our client. For those considering MCPC certification service, Allion has the advantage of providing a one stop testing solution, besides MCPC we provide an array of other services for clients so they no longer need multiple testing services from many labs.

Mr. Hataguchi: Because this is the first time MCPC has a testing plan for devices, Allion provides testing examples, guidelines and process services. They can also provide valuable advice, also actual operational techniques. MCPC can absorb valuable procedure processes for better operations in the future. Allion can provide feedback for a more inclusive test scope in the future; We can also input findings from the tests that have yet to be discovered into our future test criteria.

Mr. Nakayama: We will always strive for higher quality and safety certifications and MCPC’s mass adoption I hope we can work closely in future to make our world a safer place. Thank you for your time today.

Post Views: 807
Technical
Latest technical blog
This site uses cookies. By continuing to browse the site you are agreeing to our use of cookies. OkFind out more here