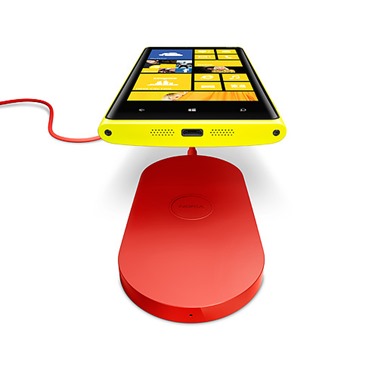 You may have this experience: when you want to charge your cameras, mobile phones or tablets, you cannot only tell many different kinds of chargers apart but find out that they all tangle with each other. These black dusty chargers look similar and haven’t been changed a lot for a long time, which have become the subordinate role. In recent years, aside from the hardware and software progression of electronic devices itself, manufacturers have noticed the details of accessories thus improved bulky chargers and annoying power supply cords. Finally, users can dispose disorderly devices because the remarkable advance of wireless charging technology does help users to have better product usability and user experience.

Nowadays there are many kinds of ways to transmit power wirelessly. From the point of safety and technology maturity, “magnetic induction” and “magnetic resonance” are two mainstream technologies that may be popularized in the future. Here simply introduce these two technologies:

Magnetic Induction: Attach two coils to both transmitter and receiver side. When an alternating current is passed through the transmitter coil, alternating current would generate a magnetic field and the receiver coil would have induction of this electromagnetic signal. The change of magnetic field generates power and charges batteries. However, magnetic induction has its physical limitation. It cannot support charging distance mover 5 mm and longer the charging distance is the bigger energy loss is. Besides, electronic devices being charged through magnetic induction often have overheated problems, which would cause safety doubts about supporting high power-output products.

Magnetic Resonance: The theory of magnetic resonance is different from magnetic induction, which relies on mutual-interaction to exchange electromagnetic power; it is based on the same frequency of resonance on both sides to transmit energy with high efficiency. When transmitter and receiver side both oscillate in the same frequency, receiver side would receive an electromagnetic field generated by transmitter side and thus receive this energy.

Off Plug & Power Up Everywhere

There are two alliances adopting magnetic induction technique, Wireless Power Consortium (WPC) and Power Matters Alliance (PMA); and Alliance for Wireless Power (A4WP) adopts magnetic resonance. WPC has the most members, about 130 companies. Products with WPC’s official logo “Qi” are more than 140. Among them, Nokia’s Lumia 920 or HTC’s Droid DNA are widely known devices with wireless charging. Currently Qi’s next spec version is still under discussion, aiming to charge tablets wirelessly and helping the application of wireless charging to be common.

Battery manufacturer, Duracell, who joins PMA is planning to spend hundreds of millions dollars on building wireless charging equipment in Madison Square Garden and Delta Air Lines’ VIP rooms. Starbucks and McDonald’s also plan to install wireless charging pad for customers to use at stores which will improve the growth of wireless charging market. However, mobile phones with different wireless charging specs cannot support cross-platform devices. Due to the lack of united standard spec, many companies haven’t declared that which techniques they would like to invest yet, making customers worry about the products they buy may be obsolete in the future.

According to Allion’s senior expert team’s point of view, at this moment alliances are all looking for a more effective way of charging and want to expend power output and charging distance. And it seems like magnetic resonance would be a more practicable solution because products adopting magnetic resonance don’t have distance limitation that products adopting magnetic induction possess and power transmission pads are able to charge up to two or more compatible devices at the same time, which would save customer’s cost of space and budget and increase their purchase intention. 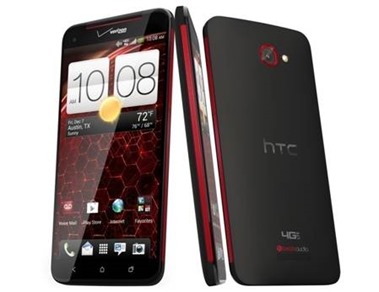 Wireless charging has become a new distinguishing feature for new generation of smart phones. Besides, its convenience has drawn Intel’s attention and they announced that new Ultrabook with wireless charging function will be launched in the end of this year. Additionally, some researchers from Stanford University published a wirelessly chargeable device that can be embedded inside of the human heart last year. This wireless power-transfer micro device can be implanted in the surface of the heart and works as an artificial cardiac pacemaker, solving the problem of long-term power supply. Being wirelessly chargeable reduces the risk of the surgery to replace the battery.

In other words, wireless charging is a very useful function, making user charge electronic devices without the need of USB plugs and power supply cords. This cannot only be used on portable devices but electric cars, practicing wireless charging in daily life. Magnetic resonance transfer works by gathering power on transmitter and receiver side, effectively avoiding energy losses and is able to work on middle or high-power market, such as notebooks, TVs or electric-cars-related accessories. Application of magnetic resonance has better commercial value so many alliances and mainstream manufactures are researching and developing this technique.

As for the market, due to the lack of united standard spec, the development of wireless charging is hydra-headed. Customers may worry about the products they buy become obsolete in the future, so they don’t have strong purchase intention. Even products certified by the same alliance may still encounter interoperability problems. For example, products with Qi logo sometimes have protocol issues when transmitter and receiver side are pairing. However, no matter magnetic induction or magnetic resonance, it is predictable that wireless charging would definitely become one of the mainstream technologies on the market. Therefore, the growth and decline of these three alliances and the support from telecommunication companies will determine the future of wireless charging. As the professional expert of certification and validation, Allion will keep an eye on the technique and development of wireless charging, offering manufactures the latest information and market trend.

Trademark Notice: Trademarks and product names cited in this article belong to their legitimate registered companies, citation in this article purely served as purposes of introduction and there is no infringement intended.

Post Views: 734
Technical
Latest technical blog
This site uses cookies. By continuing to browse the site you are agreeing to our use of cookies. OkFind out more here