With the flourishing of display technology nowadays, digital device makers tend to produce bright and vivid screens through LED backlighting. However, you should be careful since this technology can emit very strong blue light rays, which harm your eyes and overall health. In fact, studies have shown that prolonged exposure of blue light over time will cause digital eye strain, such as dry and irritated eyes. Although there are large numbers of blue light filter apps, it is unclear if they work as claimed. In this article, Allion argues that these apps can be useful tools for filtering out blue light. We will first explain what blue light is, then we will run tests after activating these apps.

What is Blue Light?

The electromagnetic spectrum is composed of infrared spectrum, visible spectrum, and ultraviolet. Scientists refer that light travels in waves and often measure it by nanometers (nm). Visible spectrum (380nm~780nm), which also known as visible light, is the only source that human eye can see. It is composed of rainbow of colors, and blue light is discovered from it. Theoretically, waves with shorter wavelength emit higher energy; scientists thus define blue light (420nm – 470nm) as High Energy Visible (HEV) light. Although there are researches showing that blue light can refresh mood and elevate awareness, eye diseases, such as cataract, can be caused by over exposure to blue light.

Color temperature of light is defined by the light bulb emitting different light appearance, and we measure it in degrees of Kelvin (K). For instance, when choosing the “color of light,”  “warmth” stands for traditional warm color light (e.g. yellowish), and “coolness” stands for clear and brighter cool white color light (e.g. fluorescent).

Allion selects two mainstream smart phones. First, we use Konica Minolta Spectroradiometer (CS-2000A) to inspect the displays’ light source of the original wavelength and radiation. Second, we inspect the same displays again after activating the blue light filter app (LBL Mode – Night Mode) on each phone. As the result, we can find out whether the blue light filter app reaches its goal of eye protection by a decrease in the blue-peak wavelength.

Set up the Darkroom: 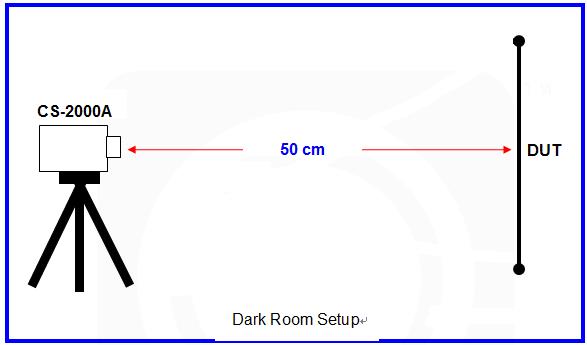 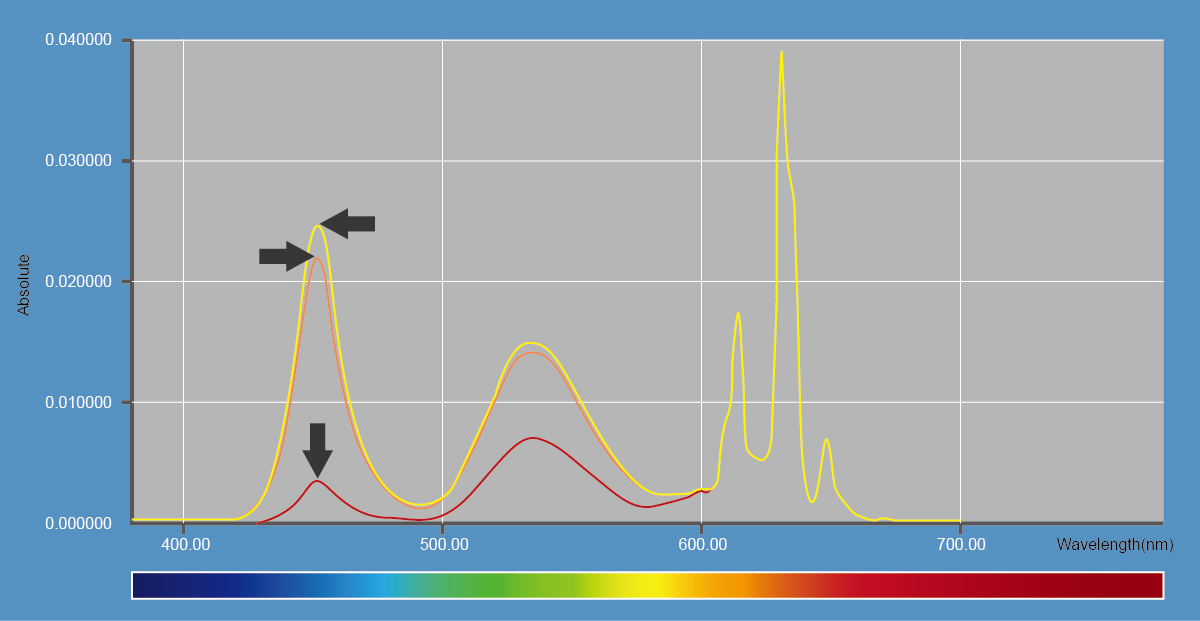 Comparison Chart of the Result of Blue-Peak Wavelength 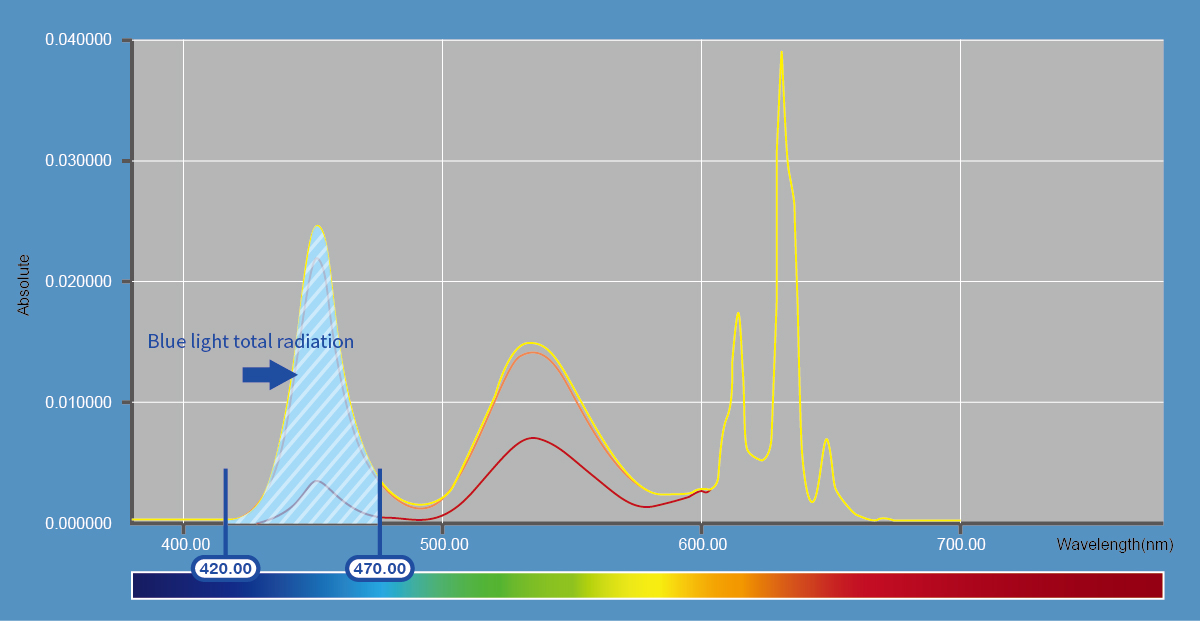 Comparison Chart of the Result of Blue Light Radiation

Both test results indicate that the average rate of decrease in blue-peak wavelengths and blue light radiation is about 74.5% after we activated the filter. These apps thus can be useful tools for eye protection.

In conclusion, in order to verify night mode efficiency, Allion have tested blue-peak wavelengths and blue light radiation among HEV light (420nm – 470nm) on phone screen. The results show that both tested items were highly reduced after activated night mode. We thus recommend that general consumers should not only select the best blue light filter app but also should use proper lighting in the environment when our eyes are prolonged exposure over time of blue light. Of course, Allion never stops its progresses. We will keep testing blue light by more innovated methodologies within the flourishing LED technology in the future.

Post Views: 1,094
Technical
Latest technical blog
This site uses cookies. By continuing to browse the site you are agreeing to our use of cookies. OkFind out more here