The gaming industry has been growing in recent years, benefiting from a worldwide rise in the stay-at-home economy and e-sports events. According to Allied Market Research, the e-sports peripheral product market reached USD 6.1 billion worldwide in 2021 and is projected to reach USD 14.4 billion worldwide by 2030, growing at a compound annual growth rate of 9.9%. Among all e-sports accessories, the 3 most common products are keyboards, headphones, and mice.

Malfunctions in peripheral products inevitably increase when more products are developed. In selecting gaming mice specifically, user experience is a key consideration. Gamers need capabilities like DPI switching, high IPS, and wireless features such as anti-interference, battery life, complementary software, and latency. Latency is one of the major killers of gameplay, causing brands to promote their gaming mice as low in latency to attract consumers.

What is Latency and How Does Latency Affect the User?

In the following diagram, one can see that system latency consists of 3 major parts: peripheral latency, PC latency, and display latency. For non-gamers who perform less intensive tasks on their PCs, latency is nearly imperceptible. But e-sports players need every single millisecond, and even minor latency can affect the ranking in critical competitions.

In the past, mouse latency was less significant, and manufacturers rarely used the term “low latency” to market their products. But ever since the 2020 NVIDIA release of RTX 30 Series Graphics Cards and Reflex—a technology that substantially simplifies the communication process between GPU and CPU through game and driver optimization—system latency has been reduced by 50 percent. If used in monitors with higher refresh rates, it can further cut down latency time. This caused manufacturers to develop products that support the technology and emphasize low-latency features in their products. 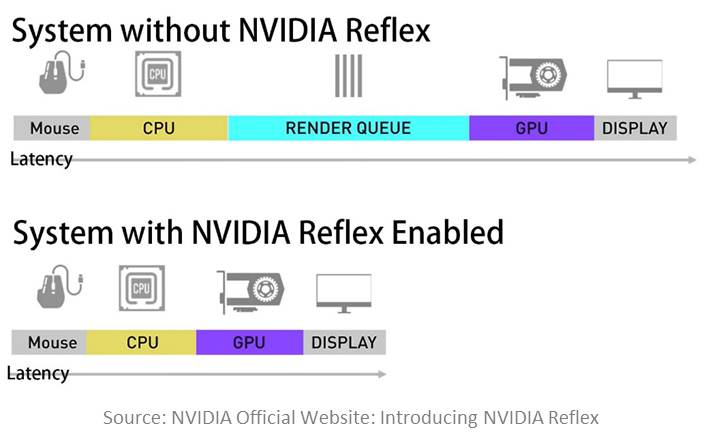 Then, we set the testing software refresh rate at infinity and turned off G-sync and V-sync, the overall system latency is now reduced to a mere 5ms. Though tears in the animation appeared without G-Sync and V-Sync, such results indicate that latency issues for gamers with such a setup would not be caused by PCs or displays but rather caused by peripheral products like mice. To investigate peripheral latency in mice, we collected 10 models of gaming mice sold on the market and then conducted a test on their click latency to check whether the system or the mouse causes the user’s failure. The list of mice we tested is as follows:

Traditional validation methods usually involve disassembling the tested mouse, attaching an oscilloscope, and obtaining mouse click latency through a USB packet analyzer connected to a computer port. The advantage of traditional testing is that it measures the original electrical signal latency, while the disadvantage is the damage done to the tested mouse from disassembling. However, the electrical signal latency obtained from traditional testing is usually extremely low, which does not match real user experiences.

To recreate the scenario that real users experience during gameplay, Allion uses a new method where the tested mouse is fixed on an Allion-developed automated tester, with an automated click fixture attached to the mouse’s left button and a high-speed camera for response time analysis. After deducting the latency between the system and the screen, we obtain the value for mouse click latency. We conduct this test 10 times on each mouse shown in the table above to obtain an average value.

Compared to manual testing, the advantage of automated testing is that the location, speed, and strength of every click are consistent. A user’s subjective experience is translated into a numerical scale, measured through the high-speed camera and standardized testing equipment so that the values obtained can match with players’ real experience. 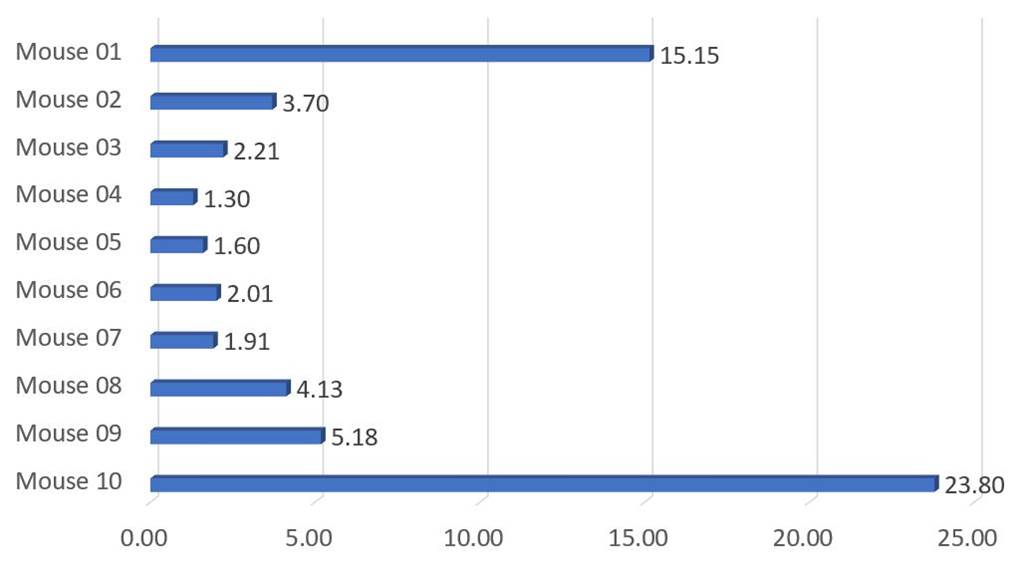 As for mice that support both wired and wireless modes, the test results under the two modes are compared and shown as follows: 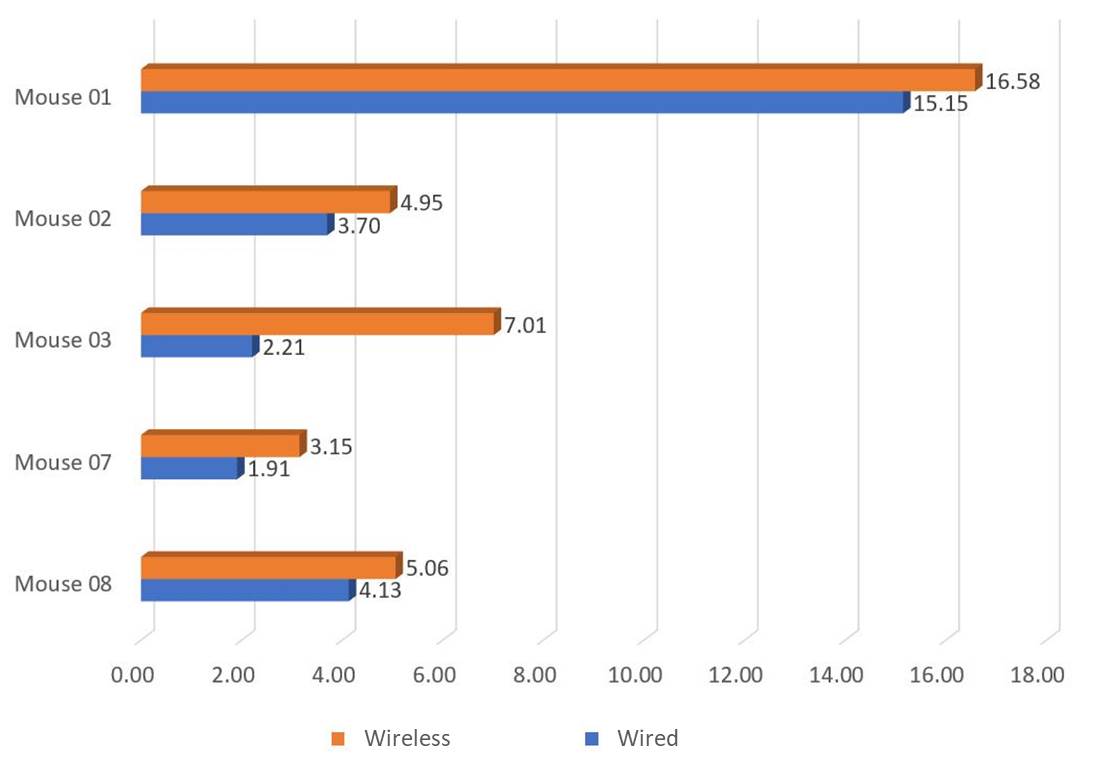 In general, wireless mode latency is higher than wired mode latency but not significantly. Though not noticeable in general usage, we still compared Mouse 10 and 7 on Aimbooster, getting the results 23.6ms and 1.91ms respectively, meaning it would certainly affect the results of winning or losing a game.

Ultra-low latency equipment can help you secure success in gaming. Through the collective efforts made by CPU, graphic card, and monitor manufacturers, overall system latency now falls around 10ms, and gaming mouse latency will soon reach one-digit values. If you want to know how your mouse product fares, feel free to send your product to Allion for latency testing.

Since the gaming mouse has more functions than the traditional mouse, more issues may appear, which is why it is crucial to perform validation testing to ensure a positive user experience. For gaming mouse performance issues, we also recommend the following tests to help our vendors improve their products.

Allion Labs has accumulated rich experience in gaming product testing, capable of customizing test plans to suit vendor’s products and achieving the best test results. We have more than 2000 system models as well as a considerable device library with graphic cards, adapters, docks, and many more, covering most of the brands commercially available on the market. In addition to gaming mice solutions, we also provide comprehensive test services for gaming keyboards, headphones, monitors, and more. If you have product testing needs, feel free to contact us through our contact form or email.

Post Views: 135
Technical
Latest technical blog
This site uses cookies. By continuing to browse the site you are agreeing to our use of cookies. OkFind out more here