After reading our introduction to the concepts and theories of Incoming Quality Control (IQC), we will now show some of the common IQC issues that we encountered during production in the past, giving our readers a better understanding of the role of IQC in quality control and the features of Allion’s IQC services: 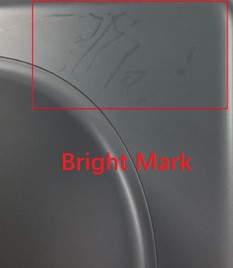 By following the appearances quality guidelines, we conducted the inspections and saw that every sample had bright defects, making this a rather serious problem. To satisfy production requirements, we divided the bright defects into three categories: severe, medium and light. After assessments, we confirmed medium bright defect to as “limit sample”, and asked vendors to do sorting treatment first.

Assists our clients in finding defects undiscovered by suppliers as well as potential defects from the transportation process. Such defects should be limited before mass production in order to prevent end users from encountering defects and generating customer complaints. We provide realistic and feasible suggestions for inspecting original product specifications or measures, based on the severity of the defect situation and the demand for production and shipment from production lines, in order to solve short-term production and shipment demands.

After comparing shipment inspection records with suppliers, they were able to 100% confirm that these parts did not have such defects when they were shipped from the factory. They believe that such defects were caused by interactions between the products’ baking finish, the low-density polyethylene (LDPE) bags and the designs of retail packaging (caused by with the plastic bag’s anti-static material sticking to the surface of the product). The baking finish then interacted with the bag under such conditions, thereby creating these marks. After comparing the delivery time, we discovered that this batch was shipped during a period under high temperature in summer, while other defect-free batches were shipped under lower temperatures. Therefore, we believe that the problem was primarily caused by long-duration transportation time under high temperature and high humidity.

After discussing the matter with suppliers/brand retailers, we suggested that suppliers should replace the LDPE bags with normal HDPE plastic bags to avoid such problems. The HDPE materials are more heat-resistant, which should be able to avoid recurrence of the problem. After new packaging was implemented, we inspected all the 100 samples of the first batch, with a fail rate of 0%, which proved the efficacy of the solution. We also asked brand retailers and suppliers to consider this measurement point for QRS reference for similar models in the future. 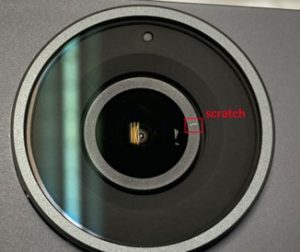 We immediately sampled additional 20 pieces, and discovered that 1 piece had similar scratch defects (Scratch# 3  S=0.25~0.3mm²), which still exceed the requirements of our guidelines. After preliminary testing, we determined that such defects did not affect the product’s function, while actual operation showed that the defect did not affect the product. However, we still asked suppliers to perform FA analyses, and discussed with brand retailers to see whether or not to do the rework or modify the existing appearance acceptance guidelines for such defective products.

We comply with our appearance inspection guidelines, to assist customers in finding defects or parts that were not discovered by suppliers or if there is any omission in specifications, so that such matters can be discussed earlier. We also regularly update our existing standards to fit the shipping demands of our customers while also inspecting the actual impacts of defects on product operations.

The assembler replied that these types of scratches are within acceptable standards for the lens’ original supplier, while the supplier guarantees that these types of scratches do not affect imaging quality. We sampled 5 pieces and tested sharpness as well as imaging by means of test charts, and then verified their claims that such defective appearance did not cause any poor influence on images. Furthermore, the suppliers also stated that the transportation and inspection costs will substantially increase if the acceptance standards are required to be stricter, which are unfavorable for product market competitiveness. Therefore, after discussing with our clients, we decided that the acceptance standards for such materials should be listed within the inspection guideline standards; no rework is required.

This affects users’ visual experience during operations. Not only functional problems should be deemed major problems, such white spots on the panel will also give users poor experience.

Helpful to clients in finding critical issues that the supplier did not discover, even though the product has passed quality inspections from its producers. However, when Allion’s IQC on-site personnel were performing inspection patrols, they still discovered abnormalities. After they asked for the inspection of five machines, they discovered that four out of the five suffered from similar conditions. After discussions with superiors, they decided that 100% of the batch should be inspected. .

After discussion with senior institute RD at Allion, we recommended that the production line use new tool support frames with shorter screws on its boss and produced ten models for inspection. None of the ten new models showed abnormalities, which proved that the new tool support frames can effectively avoid gate malformation and structural curving. After we submitted the results to our client and after receiving their consent, we further produced 300 models and performed inspections on them, but no issues were found. The success of our IQC service saved our clients from the costs of product recalls and customer complaints while also improving their product reliability and brand image. 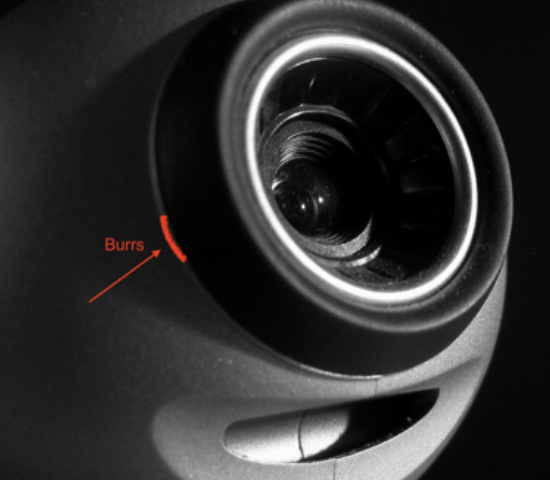 After a 100% inspection, 17 out of the 550 models in the batch were found to have issues with stubs (debris) (issue rate of 3%). This is already a relatively high fail rate.

Manufacturing process negligence. The manufacturer did not define inspection standards and procedures for product appearance, resulting in the OP performing inspections for it.

After obtaining the approval from the brand retailer, Allion assisted the supplier in setting up inspection standards for samples for inspections by the OP. Each shipment had to pass a 100% OQC inspection by production line OP before it could be shipped. This prevents defective products from being released onto the market for fear of increasing costs in the form of recalls and customer complaints. 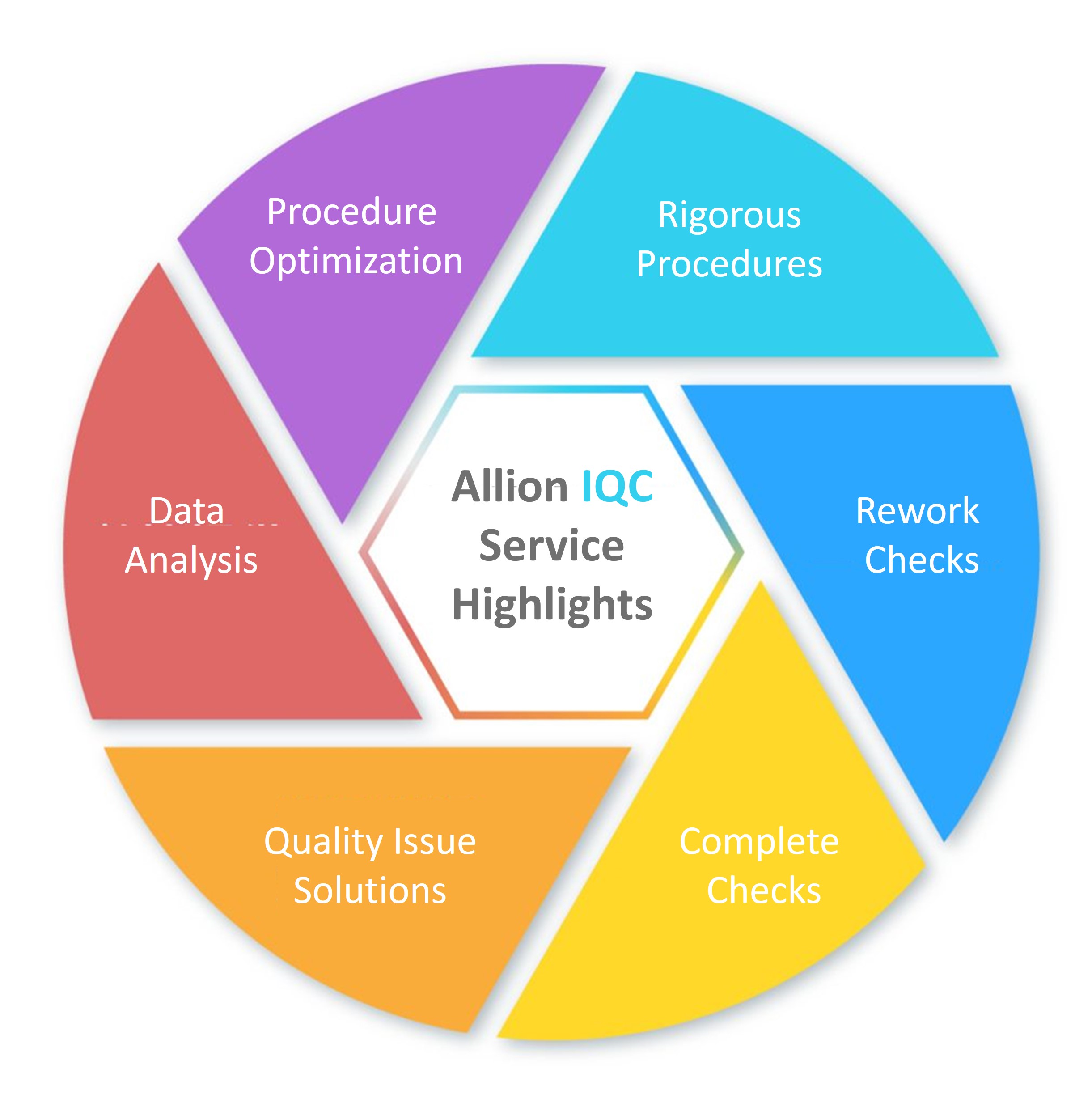 Post Views: 210
Technical
Latest technical blog
This site uses cookies. By continuing to browse the site you are agreeing to our use of cookies. OkFind out more here