Compared to using a keyboard and mouse to control a computer in the past, the multi-touch screen of tablets has changed users’ experience in a revolutionary way, leading to more and more companies (such as Microsoft, Amazon, Samsung, ASUS, etc) investing in making tablets.

From 2012 to 2018, the development of tablets has become more mature. They are popular with all age groups because of the low price. The most significant appeal of tablets is that they are very easy to operate. It can do most things a computer can do with an intuitive graphical interface, gestures, and wireless networking features. However, how should consumers choose the right tablets for themselves? Allion Labs has sorted out the top five functional indicators from our extensive experience of testing tablets. 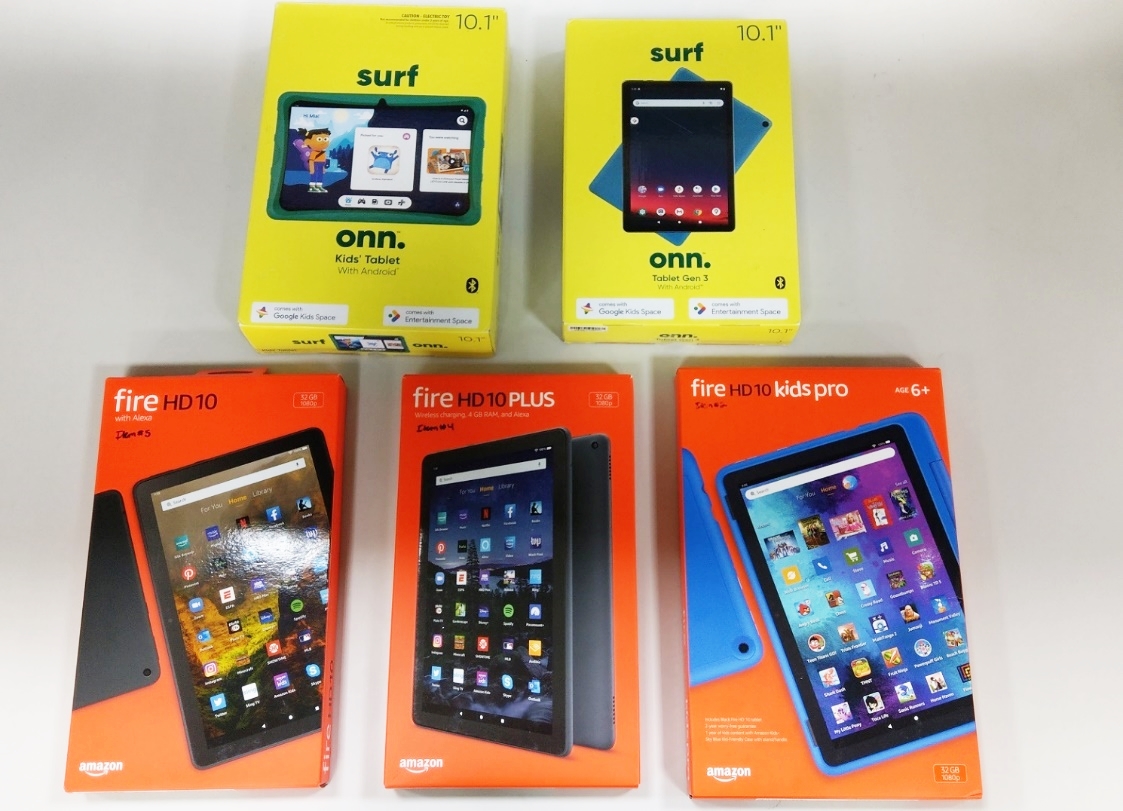 In this article, we will talk about battery life and charging behavior, comparing and analyzing the following five tablets.

First, let’s look at battery life. We calculated the time a battery takes to drain from 100% to 0%. We played YouTube videos with the maximum image resolution on each tablet where brightness and volume were both set at 50%. As a tablet’s battery life is also related to battery capacity, we included battery life in our calculation. The results are as follows: 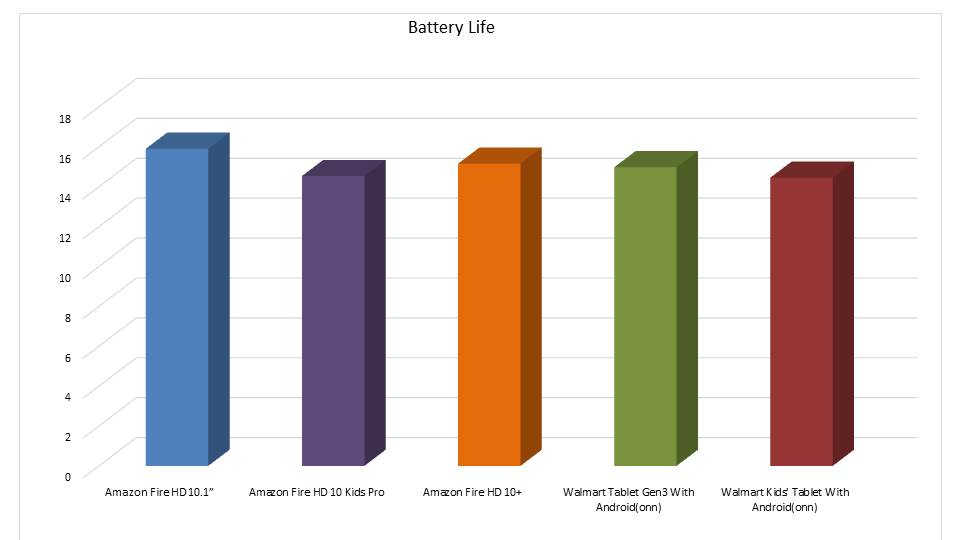 The winner of the overall battery life is Amazon Fire HD—2.45 hours / per 1000mAh; but the other tablets are not falling too far behind as they all have an average of 14 to 15 hours of battery life that is enough to last a whole day.

Then we compared the compatibility and charging behavior of 9 different models of chargers (such as BC1.2, power delivery, smart charge IC, etc) including portable chargers and normal USB chargers. We used these chargers to charge tablets respectively and calculated the time taken for these tablets to be fully charged to 100%. 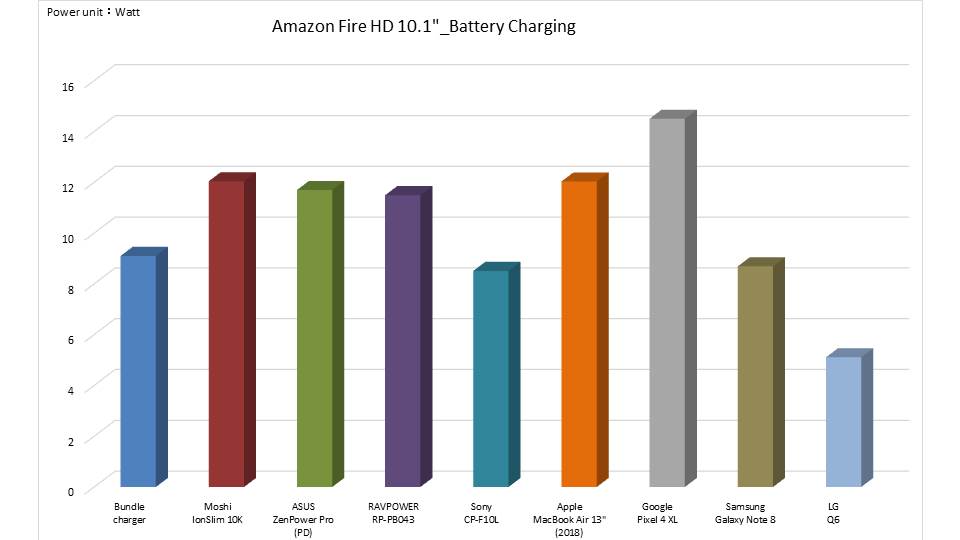 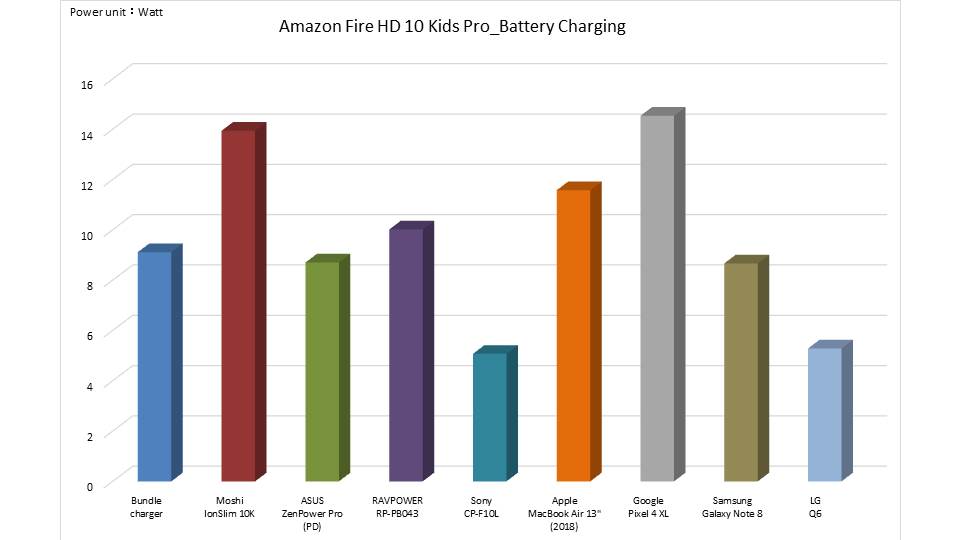 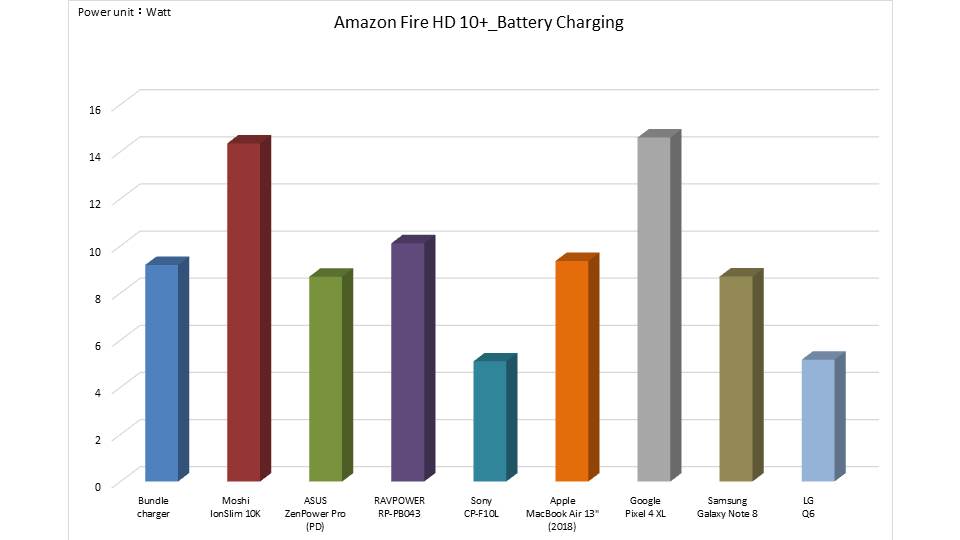 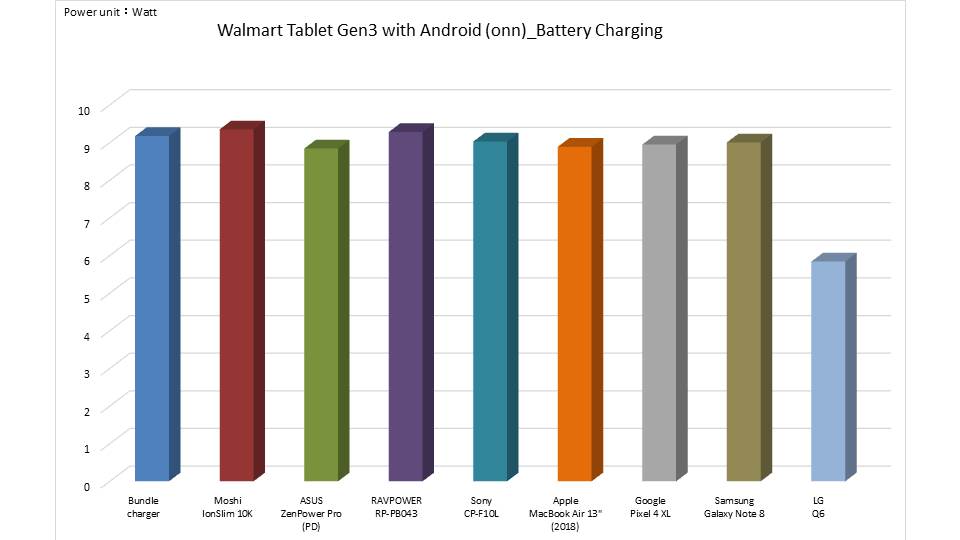 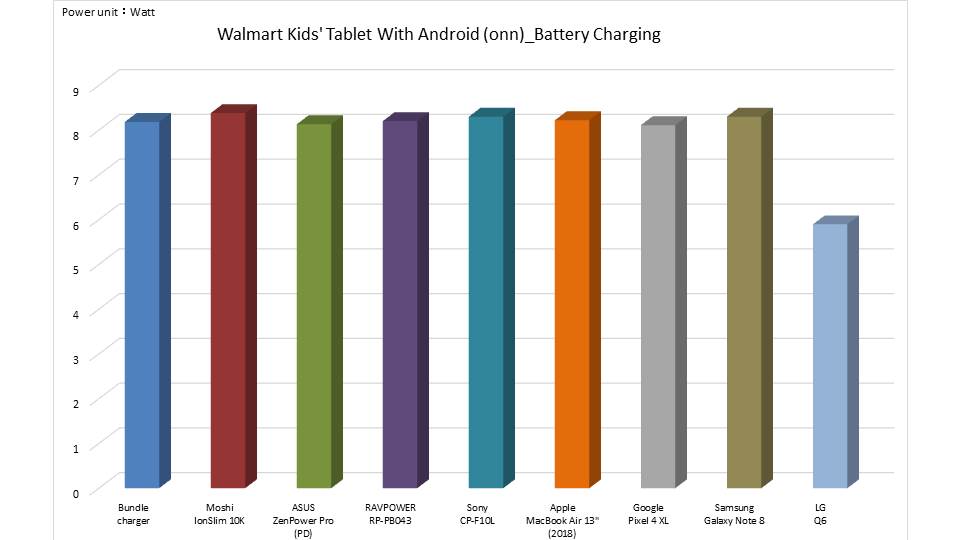 All tablets could be charged smoothly with these 9 portable and non-portable chargers. We can see from the results that Walmart tablets were more consistent with each charging device and could be fully charged in about 8 hours on average. Based on our experience, Walmart tablets are more compatible as constant voltage and current will be applied when connecting to any charging device. As for Amazon tablets, the voltage and current will vary according to different chargers, so the charging time of each device can be quite different.

Nonetheless, we can see from the data that the maximum wattage that Walmart tablets support is 9W, whereas Amazon tablets are 15W. If there is a charging device that supports 15W or more, Amazon tablets will be more advantageous. Therefore, choosing the most suitable tablet still depends on personal needs.

Tablet is one of the best and the most convenient electronic device in recent years.  It is thin, light, and portable. People can read e-books, surf the Internet, watch videos, draw pictures and take photos with it. For light users, it can almost replace computers. This concludes our discussion regarding tablet battery life and charging behavior. Next time, we will talk about the comparison of wireless networking performance, which mainly affects the speed of internet access, anti-interference performance, and transmission distance!